Did you know there’s a link between Covid-19 vaccines and the future of crop protection? Let’s start with the vaccines that are all over the news right now.

For decades, scientists have researched the possibilities of a ribonucleic acid (RNA) vaccine that uses a copy of a molecule called messenger RNA (mRNA) to produce an immune response.

That infamous “spike protein” that Covid-19 uses to enter human cells? Our bodies also rely on millions of proteins to function, and mRNA tells our cells which proteins are needed at a specific time.

Jack DeWitt explains it well in AgDaily, “These vaccines use a laboratory-made piece of genetic material, a synthetic RNA molecule that mimics instructions for a COVID protein.... RNA is made as needed and resides in the cytoplasm, the liquid portion of the cell. It exists in many forms and has many different functions. [The job of mRNA] is to decipher formulas for proteins and other molecules from the DNA instruction book and carry the instructions to a ribosome, another very large RNA molecule that assembles the proteins necessary to keep living things running smoothly. Once its job is done, mRNA is disassembled by enzymes — called nucleases — and the parts reused.”

Scientists realised that there was a chance they could precisely tweak mRNA to transform any cell in the body into a disease-fighting factory that could create antibodies to deal with infection. And that, very simply is the foundation of Pfizer and Moderna’s vaccines against SARS-CoV2, "severe acute respiratory syndrome coronavirus 2", or as most of us know it, Covid-19. 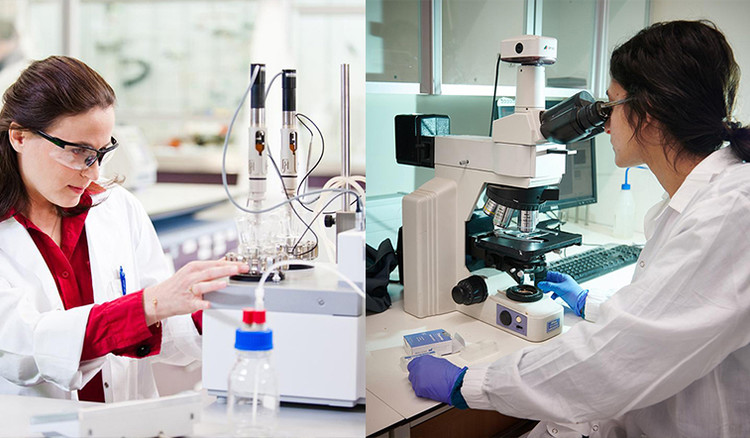 Support them or hate them, chances are that right now you know more about the use of RNA molecules in fighting disease than you ever guessed you would. But did you know that RNAi technology is also being used as biocontrol for pest, disease and weed control? For these purposes, interference RNA (RNAi) is used in a sprayable pesticide to disable specific mRNA that’s essential to the organism’s survival.

As growers well know, chemical pesticides may be highly effective but most are not pest specific – they can be harmful to a wide spectrum of species, often including animals and humans, and pesticide resistance/ resistance management can become a real headache for growers.

But RNAi pesticides can be designed to bind to a specific mRNA molecule in the target pest or disease only, and not in the organisms you want to protect. Agtech trends like this promise to be a great addition to sustainable agriculture practices.

Once the synthetic RNAi spray is applied, it is taken up by the plant and the pest attacking it. The pest dies and within a week or so, the RNAi is dismantled by plant enzymes and disappears from the environment.

Michael Helmstetter, writing for Forbes, says that scientists have been working on the development of RNAi pesticides for several years. In 2017, maize was genetically modified to make a rootworm-targeted RNAi insecticide itself. When the rootworm ate the maize plant, it would die.

At that time, says Helmstetter, the cost of synthesising RNA was too expensive, “costing a minimum $600 per gram, often much more. Given that of 1-5 grams of RNA would likely be needed per acre for efficacy, and farmers typically pay in the $15-$25 per acre range for a chemical pesticidal application, the concept of using RNA as the active ingredient for a field-applied pesticide was commercially infeasible.”

But that was then and this is now and fortunately for farmers, it is now commercially feasible to use RNAi applications in agriculture for the development of biopesticides aimed at improving crop protection.

As Gebremichael et all, in RNA Interference Strategies for Future Management of Plant Pathogenic Fungi: Prospects and Challenges, note, “Generally, RNAi has emerged as one of the most promising potential control mechanisms for plant pathogens and insects.” Their conclusion is that although much remains to be explored and understood about the molecular process of RNAi in plants and their pathogens, it has been proved that this technology is “an essential tool for identifying gene functions and targeting critical genes to control plant pathogenic fungal development”.

Transferring RNAi to plants could offer long-term resistance to diseases but as this is clearly genetic modification it will need to adhere to regulations. Topical application is a more flexible solution for developing new double-strand RNA-based products to be used to protect crops in agricultural systems.

Limited information is available on external RNA uptake in fungi but some progress has been achieved and topical application of RNA molecules could be used to improve various important crops.

The researchers also note that “RNA-based biocontrol compounds are already under development and there is the perspective that new RNAi based formulates soon will reach the market, with a good cost-benefit balance for their application in different agriculture sectors.”  Regulations for the use of RNAi-based products are being developed.

The next focus of research will probably be the development of products based on double-strand RNA (dsRNA) for fungi, their delivery systems (via topical use of nanoparticle complexes) and uptake into the target organism. Gebremichael  et al expect the topical use of dsRNA/nanoparticle complexes to be the future of RNAi-mediated control of pests/pathogens without genetic modification of crops. “Biosafety approaches already adopted to approve RNAi-based plants can be used for developing the risk assessment for new dsRNA-based Products,” writer the researchers. “Existing legislation should be implemented to consider the approval of new dsRNA-based products.”

Follow us on our Socials to keep up-to-date on agtech and other innovations in agriculture.