Smart Farming and the Rise of the Robots

The United Nations Food and Agriculture Organization predicts that global agricultural production will need to rise by 60 per cent by 2050. By then, sub-Saharan Africa is expected to account for approximately 20 percent of the world’s population growth - sadly, many of these countries already have high levels of undernourishment. Along with the challenge to produce more, farmers are also under pressure to reduce their use of pesticides and implement more sustainable farming strategies.

Established agriculture companies along with start-ups around the world have innovative farm robots in development, or have already deployed them. In fact, according to a report by Imarc, the global agricultural robots market hit US$ 6.3 billion in 2021. The authors of the report expect that to reach US$ 17.8 billion by 2027. 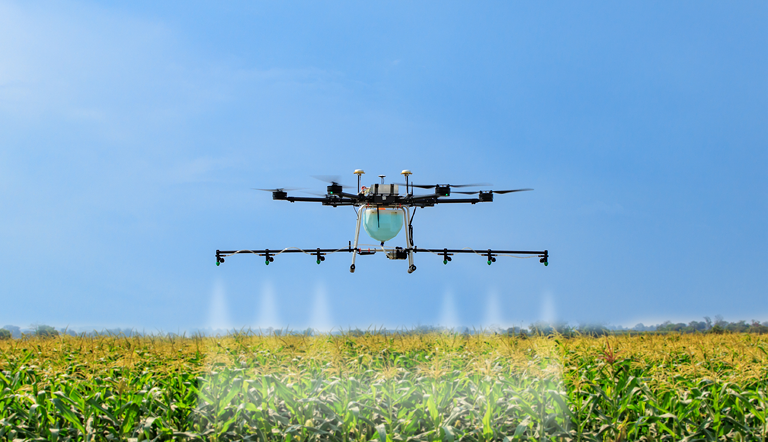 A quick history of drones in agriculture

As Téa Bell explained last year in an edition of the Daily Maverick, “Drones, or unmanned aerial vehicles (UAVs), are flown over farmlands and pastures by licensed drone pilots. Using sensory imaging technology and thermal cameras, data can be collected about anything, from livestock location to crop health and topography. The idea is to conserve resources, cut costs and increase yields by delivering targeted interventions — instead of irrigating or spraying pesticides on an entire field of crops, each crop is treated independently, in line with its individual needs.”

But where did it all start? Hobbyists were using radio control and transistor technology to fly models during the 1960s. A decade later a model radio-controlled helicopter was created. The game changer came in 1974 when the first fully functional drone was launched in Israel.

It would be almost another decade before Thurling attached a camera to a drone in order to photograph weeds in an oilseed crop. Advancements in agricultural drone technology then came thick and fast. Two years later, in 1987, Yamaha demonstrated a crop spraying drone. Swedish and Hungarian developments in the 1990s saw camera drones used to film crop trials, to study blight in potato fields, and for monitoring climate data.

The idea of owning your own drone “took off” in 2006, though the cost still put UAVs out of reach of the average user. By 2009, drones were being used in Australia for the monitoring and spraying of weed infestations, detect locust swarms and estimate crop size. And in 2010, tech company Parrot introduced the first smart-phone operated drone.

Within a decade, drones were being used to precisely

By combining the data collected with smart analysis, farming drones can distribute the correct agricultural spraying payloads efficiently to the sections of the crop that need it.  Growers use less chemicals to the same - or better - effect. This can result in higher yields, lower costs and environmental benefits.

Recent advances that were made commercially available in 2021 include artificial-intelligence systems like Agroview and South Africa’s own Aerobotics. These platforms combine satellite and drone-supplied imagery with on the ground data to track everything from physical characteristics to the amount of heat an area is generating.

Over time, by analysing the data and the maps produced, the farmer is able to assess things like stress and plant nutrient content, to count and categorise trees and, in the case of citrus, predict yields with an accuracy above 90%. (Yield prediction is extremely useful for packing plants, exporters and marketers, as well as the growers.)

The Aerobotics monitoring system also gives growers real-time in-field reports on pests and disease. This allows farmers to take effective action as soon as there’s a problem and target their crop protection at the exact area concerned.

Until recently, the focus of robotic pest control has been on uses of drones in agriculture: from agriculture drones for spraying fertiliser and pesticides, to drone herbicide sprayers. The agricultural robots being released into fields in 2022 include driverless tractors, automated harvesting systems and autonomous weed and pest control agribots.

All  are connected to crop monitoring data analytics software and all have been shown to improve quality and efficiency of crops. Many are designed to be autonomous.

These robotic vehicles have been engineered to identify signs of early pest infestation (and disease), determine the extent and critical nature of the infestation, and take the correct site-specific action directly on the plant, and if necessary inside the canopy - without any input from humans.

The robots are “trained” using artificial intelligence and machine learning to take input images using a camera, analyse them, and if a pest (or disease) appears on the leaf, stem or plant, predict the right response, turn on the spray systems and emit the correct pesticide at the exact area it’s required.

While most of these are deployed in the fields, sometimes in teams or “swarms”, the Greenpatrol-Robot was developed to identify and eliminate pests and diseases on crops in greenhouses. It operates independently of human intervention and patrols by self-navigating rows of crops, avoiding obstacles and mapping both healthy and infected plants. It then makes recommendations, and sprays only the affected plants with pesticide.

There are also pest-control robots that reduce or eliminate pesticide use. Back in 2019 researchers in the Mechatronics Department at the Japan-Egypt University in Alexandria presented a paper at the IEEE/ASME International Conference on Advanced Intelligent Mechatronics which discussed a robot they’d designed that was based on the “killing method” of the ubiquitous cattle egret (Bubulcus ibis). It can detect larvae at an early stage on crops and kill them with a laser. 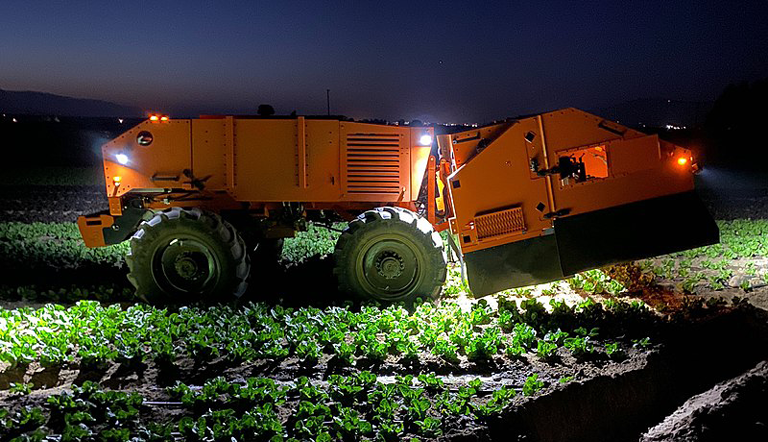 Weeding robots also use sensors and leverage artificial intelligence and machine learning to identify weeds. The weeds are either plucked out, killed with lasers or sprayed with the precise dose of herbicide at exactly the correct height required, significantly reducing the negative environmental effects of drift.

While some weeders are autonomous, others - like the 2022 version of Carbon Robotics LaserWeeder - are tractor-drawn. By February, stocks of the 2022 LaserWeeder had already sold out. Paul Mikesell, CEO and founder of Carbon Robotics says, “AI and deep learning technology are creating efficiencies across a variety of industries and we’re excited to apply it to agriculture. Farmers, and others in the global food supply chain, are innovating now more than ever to keep the world fed.”

LISTEN: Hear about some of the farming technology robots at the 2022 World Ag Expo in this edition of The Robot Report podcast, including a tethered apple-picking drone and dairy cow inoculating robots. (Skip to 04:18)