​​In South Africa, conventional farming methods have included intensive soil tillage which over the years has led to extremely high soil degradation. This has impacted the profitability of agriculture and the quality of produce, while exacerbating poverty in some rural areas.

But this is not only a South African problem. The global imperatives of soil health and fertility have never been more important with the enormous challenges we face in meeting the food needs of a growing population.

While it is not without challenges, one agricultural system has been promoted as capable of achieving the sustainable intensification required to meet world food demand, and that is Conservation Agriculture, say researchers at Queensland University in their review of the literature published worldwide over the last three decades to assess the impact of Conservation Agriculture.

David Montgomery, Professor of Geomorphology and an internationally recognised geologist who studies the effects of geological processes on ecological systems and human societies, says that the secret to rapid restoration of soil fertility lies in kick-starting its biology. His three principles of successful soil regeneration and conservation are:

Integrated pest and nutrient management, and other companion practices, are often incorporated to help ensure its success, on a site specific basis.

As Montgomery says, ​​"Soil is lost not because we farm, it's lost because of how we farm.”

When the principles above are applied in an agricultural system aimed at improving degraded soil, it is called Regenerative Agriculture or regenerative farming; when they are applied to retain soil health, the system is referred to as Conservation Agriculture.

What is the difference?

Simply put, when the principles above are applied in an agricultural system aimed at improving degraded soil, it is called Regenerative Agriculture or regenerative farming; when they are applied to retain soil health, the system is referred to as Conservation Agriculture.

In “Approaches to Sustainable Agriculture”, the core principles are:

Conservation agriculture is an approach developed in Brazil and Argentina in the 1970s (Project Drawdown, n.a.), as a response to the “Dust Bowl” period in the USA, which had resulted in severe soil erosion (EIP-AGRI, 2015a). Centred on soil, and stemming from the Latin root of “conserve” meaning “to keep together”, conservation agriculture aims to “keep the soil together” as a living ecosystem that enables food production and helps address climate change (Project Drawdown, n.a.). Through the conservation of soil, the approach contributes to enhancing biodiversity both within and above the soil, capturing more carbon, enabling a higher efficiency of water and nutrient use, and ultimately resulting in improved and sustained food production (FAO, n.a.). Conservation agriculture is an approach that can be implemented on any geographical terrain, on farmland used for the cultivation of crops (Kassam et al., 2018). It is a widely adapted approach, extending from the equatorial tropics to the Arctic Circle, from soils that are 90% sand to soils that are 80% clay (Kassam et al., 2018).

Coined by Robert Rodale in the early 1980s (Gold & Potter Gates, 2007), regenerative agriculture builds on conservation agriculture in that it seeks to enhance and sustain the health of soil by restoring its organic matter, boosting its fertility and productivity. Its primary focus is on soil health, with the underlying theory that “the world cannot be fed unless the soil is fed” (Project Drawdown, n.a.). Through improving soil health, regenerative agriculture aims to increase agricultural yields and resilience in the face of climate instability (Rodale Institute, n.a.). According to the Food and Land Use Coalition (FOLU), regenerative agriculture is considered to be one of the ten critical transitions needed to transform food and land use (FOLU, 2019). Their definition for the approach considers it to consist of practices that regenerate soil, reducing but not necessarily eliminating synthetic pesticides and fertilisers, and going beyond the reduction of negative effects towards ensuring that agriculture has a positive effect on the environment. At the same time, it seeks to maintain high levels of productivity. Like conservation agriculture, regenerative agriculture can be implemented on any geographical terrain, while extending its focus to consider livestock practices in addition to the cultivation of crops (FOLU, 2019; Regeneration International, n.a.). Stemming from the United States, there is less evidence of uptake of the approach in Europe. However, recent initiatives in Europe have connected the approach to permaculture (Start Regenerative Agriculture, 2018) and organic farming (IFOAM, n.a.). Meanwhile in the US, the Rodale Institute has further developed an approach to “regenerative organic agriculture” 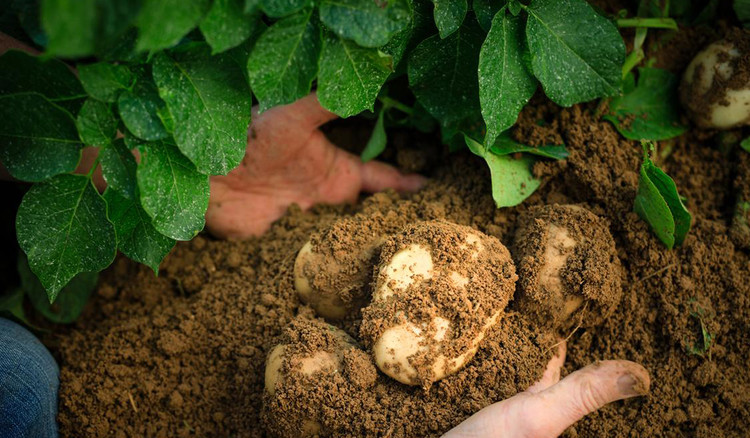 How do Regeneration and Conservation Agriculture impact soil fertility and health?

They are based on a “farming system designed to enhance the sustainability of agricultural production by conserving and protecting soil, water and biological resources so that external inputs can be kept to a minimum” (Page et al).

Regeneration/Conservation Agriculture strives to regenerate/conserve soils by restoring/preserving soil organic carbon (SOC), which plays a pivotal role in maintaining the physical, chemical and biological properties of soil and ultimately in crop yields and quality the soil can produce.

Implemented correctly, Regeneration/Conservation Agriculture farming systems will lead to higher amounts of SOC than conventional/industrial agriculture. And where SOC is higher, there are improvements in soil structure, water infiltration and soil water storage (and a decrease in soil erosion), an increase in the nutrients available to crop production, biodiversity in soil microbes and biomass (the mass of the living organisms in soil organic matter), and a consequent escalation in crop yield.

The above improvements confer some protection against drought and other extreme climatic events, which we are expected to experience more often under climate change.

Ensure diverse crop rotation. Different crops draw water and nutrients at different rates and change the soil in different ways. The elimination of monoculture and careful incorporation of certain cover/forage crops into rotations. For example, a rotation of legumes can add nitrogen to the soil, improving fertility and increasing biomass.

Conservation Agriculture offers a sustainable, climate-smart farming system that promises higher levels of productivity and profitability while improving soil health and the environment. “There is general agreement that sustainable and economically viable agriculture will be achieved through the adoption of regenerative Conservation Agriculture principles and practices,” notes Grain SA.

Share your stories on conservation agriculture with us on our social platforms.