Exploring the Role of Crop Rotation in Sustainable Agriculture

The rotation of crops on arable land has been part of cultivation going back to prehistory. It is mentioned in the literature of the Roman Empire, where differences in plant growth or crop yields between monoculture (growing the same crop on the same piece of land each year) and crop rotation systems were observed. The solution they came up with was called "food, feed, fallow".

A piece of land would be divided into three sections. Wheat for food, for example, would be planted in the first section, a grazing crop for animal feed in the second section and the last part would be left fallow to "rest". The fallow piece would be given the chance to build up needed nutrients and soil moisture for the next season. This system resulted in higher yields and less disease pressure.

Planning of a crop rotation system is crucial for success. In general, species in the same family group are susceptible to the same pests and diseases. They should not be planted directly after each other.

Weed resistance can also be better managed in a crop rotation system than in monoculture. The use of herbicides with different modes of action to fight resistance and their withholding period are factors that need to be considered when planning crop rotation. The withholding period will influence the decision of which follow-up crop to plant next. 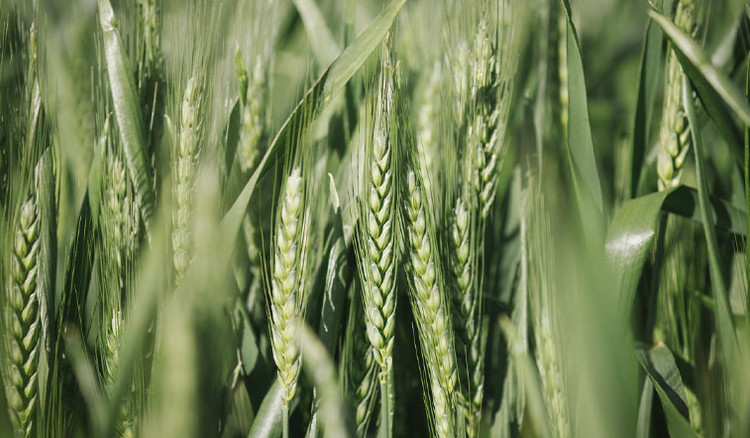 Some of the main benefits of crop rotation include:

Nitrogen is one of the key primary elements that plants need to develop and reproduce. It makes up critical parts of DNA and the building blocks of proteins. Nitrogen can be taken up in the form of ammonia, nitrate or nitrite. Legume plants, such as lucerne, soybeans, peas and medics (sometimes are loosely referred to as "clovers") can fix nitrogen via symbiotic bacteria (Rhizobium spp.). The plant forms root nodules wherein the bacteria take nitrogen from the air and turn it into ammonia that is available for plant uptake. This advantage can be used to reduce input cost as the fixed nitrogen comes from the air and is freely available to the follow-up crop.

The rotation of crops can prevent the outbreak of pests and plant diseases. Pests and diseases are in many ways very crop specific and prefer a certain host or crop family. By rotating the host, pest and disease cycles can be broken as many insects and diseases over-winter in the soil. Perhaps the biggest disadvantage of monoculture can be seen in the major herbicide resistance of grasses (specifically Lolium spp. and Bromus spp.) caused by the overuse of herbicides with the same mode of action during wheat cultivation. This has ensured that wheat can no longer be produced in a sustainable way by a monoculture system.

Cover crops planted in rotation systems will bind the soil particles with their roots to prevent the rate at which soil is eroded. A modern farming practice is to leave as much plant rests on a piece of land as possible after harvest to prevent top soil degradation from water and wind erosion.

Crop rotation can increase soil structure and water holding capacity. Absorption and storage of water will become more effective as soil structure develops and improves. The need for irrigation can be reduced, and more water conserved. Some additional benefits of better water holding capacity include the prevention of erosion, lower risk of flooding, and reduction of runoff and loss of nutrients in soil.

The massive contribution of crop rotation on agricultural land can be seen in higher yields that are achieved when following an effective system of crop production.

All the above-mentioned factors contribute to the main goal of increasing the profitability and sustainability of the enterprise.

The main row crops in the northern areas of South Africa’s summer rainfall region are sunflower, maize, peas and soybeans. These crops can contribute to a sustainable, healthy enterprise if managed wisely and correctly. Different cereals and fodder crops are cultivated in the Western Cape due to its winter rainfall season. Wheat, medics, lupins and canola make up the main crops produced. Numerous studies have been done over the years to document the advantages of crop rotation systems. In many cases the best yields were achieved by the crop planted after a legume, such as soybeans, peas, medics, or lupins. This confirms the advantage that legume plants offer in terms of improving soil productivity by fixing nitrogen in soil via symbiotic bacteria.

Sustainable agricultural practices should be one of the main goals of any farming enterprise. By implementing a suitable crop rotation system this goal can be achieved.

Follow our social media accounts for more helpful advice from the trusted experts at ADAMA: ADAMA on LinkedIn & ADAMA on Facebook