Why table grape production is a good investment

Differences in soil and climate enable South African growers to supply the international market from November to May. The bulk of our grape exports go to markets in Europe and the United Kingdom. Asian markets are earmarked for growth.

There are 271 producers and exporters farming on 643 table grape production units. Larger producers farm multiple units in different regions as part of their risk mitigation strategy and to prolong the production season in order to meet retail demands.

Kandas Cloete, horticultural specialist at the Bureau for Food and Agricultural Policy (BFAP), recently noted that the bureau considers table grapes a healthy industry where competent producers will continue to prosper. This despite volatile factors such as market prices, exchange rates and weather conditions.

Heidi de Villiers, commercial manager for table grapes Africa and Middle-East at International Fruit Genetics (IFG), told listeners to a broadcast by the Produce Marketing Association (PMA) Southern Africa in partnership with Beanstalk.Global, that “the area covered under table grapes in South Africa increased from approximately 13 000 hectares 10 years ago to over 21 000 hectares” in 2021, with a particular increase from 2014 to 2018.

These figures include significant increases in red seedless table grape varieties (up from 29 percent in 2011 to 40 percent in 2020), while white seedless varieties dropped from 33 percent to 27 percent during the same time. Seeded varieties have decreased from 24 percent to 3 percent over the same period.

De Villiers also noted that patented table grape varieties had almost doubled between 2014 and 2020. She believes that novelty varietals have “changed the whole perspective on table grapes”. These varietals include Cotton Candy™ (which has proved to be highly successful in world markets), and new lines like Julep™ (which has a spicy flavour), Bebop™ and Kokomo™. 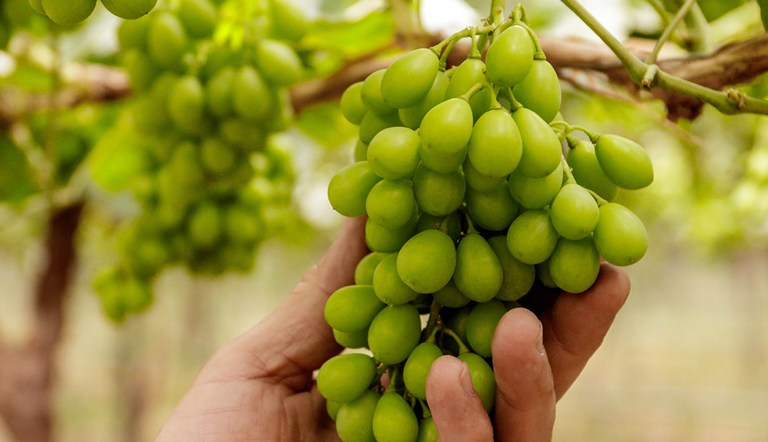 The production cost of table grapes in South Africa is rising, and this is a worldwide concern. Andy Higgins of US breeder IFG, speaking at Global Grape Congress in March 2022, said that the challenges in table grape production are significant: "We've mentioned rising input costs, rising challenges with production, transportation and logistics,” he said.

“Breeding companies offer solutions to many of those challenges. The impact we can have on the entire success of the supply chain is significant and the only way to do that is to introduce new cultivars and new table grape varieties that would meet some of those challenges."

Labour intensive: Charl du Bois, Commercial Executive for Capespan, noted in the PMA broadcast that table grapes were the most labour-intensive sector of the fruit-farming industry:

“Planting material for new and seedless table grape varieties are often costly to get hold of and is technically challenging for emerging growers. [The South African Table Grape Industry] contributed R3.2 million towards buying vines in the 2020 planting season to nine emerging farmers, and a further R2.8 million is budgeted for the 2021 planting season. This makes it possible for these farmers to compete with the best genetics that gives them access to programmes,” Du Bois said.

Also speaking at the Global Grape Congress, Shachar Karniel of the Arra breeding programme from Grapa Varieties also noted the labour-intensive nature of table grape production, adding that “As breeders we have an obligation to be thinking about how our varieties can contribute to that. What kind of pruning techniques are required, what kind of thinning is required, what kind of post-harvest handling is required to actually get that fruit in a punnet successfully?

“Today a lot falls on the grower, the marketer and the packhouse, but we know that there's a genetic component to all of that."

Port delays: After a record-breaking 2020/21 season, 27 October 2021, the South African Table Grape Industry (SATI) estimated that the 2021/2022 season volumes would be in line with the previous table grape season. By the end of January 2022, the industry had packed over 6 million more cartons year-on-year, but had shipped 5.2 million cartons fewer to international markets.

According to Fresh Fruit Portal, at the end of March 2022  intakes were up but table grape exports from South Africa were down due to delays in the Port of Cape Town. Some improvement had been noted but this was “still too slow given the peak shipping weeks that are still ahead.

"Exports to the EU up to week three are down over 3 million cartons year-on-year while the U.K. is seeing a decrease of 1.3 million cartons. Despite this the first crop estimate remained unchanged.:

Climate: The recent heatwave together with general climate challenges caused a decrease of about 25% in production volumes in certain cases from the Olifants River region. Despite these challenges the region is still expected to reach the lower limit of their crop estimate.

Karniel notes that increasingly unpredictable climatic conditions, including late and abundant rainfall, had shown the wisdom of breeding for rain tolerance: "It's not enough to be early, it's not enough to be good, you need to be at least tolerant to the rain." He added that Grappa are looking at producing the same level of resistance in different colours and at different times of the year.

On the other hand, breeding varieties to survive drier weather and through longer, more intense heat waves is an equally formidable challenge: "We are trying varieties in extreme regions to see their adaptability," he said. "But you must have low-chilling varieties – this is the main factor for breeding  resistance to drought conditions. The varieties must wake up in the spring easily, and for this you need low-chilling varieties. Second, especially for the white varieties, you need to be sure not to have sunburn." 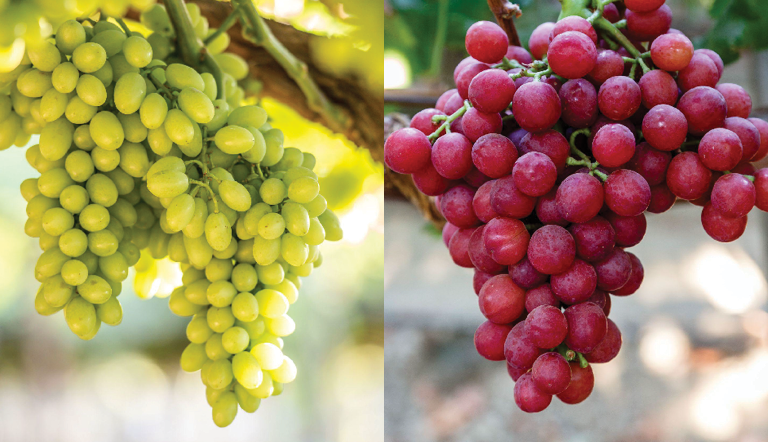 India presents an untapped opportunity for the South African table grape industry. At the Global Grape Congress on 17 March 2022, Nitin Agrawal of India's Euro Fruits noted: "We see a huge change in the coming years in the domestic market, which will favour branded grapes. India's grape industry lacks new varieties. It will take some time for them to come in – partly due to industry fragmentation. But we expect this to improve in the coming years, providing premium opportunities."

Clare Lee of Korean retailer Emart noted that the country was following the global grape trend, with IP varieties expanding fast: “Just three years ago, we only had green seedless and red globe. The growth in new table grape varieties is a welcome development for us. It helps us to create more excitement around the category and we look for ways to promote them in-store."

The South African Table Grape Industry notes that it has designed a unique China specification focusing on: uniformity and taste, attention to bloom and stem condition. Vivian Chen of San Miguel is quoted as saying that in China, younger consumers want products that are good for their body and skin, have good taste and packaging but also “need to be easy to buy at the touch of a phone”.

The California Table Grape Commission's Alyson Dias also noted this trend, saying that 86 per cent of those that had switched to buying grapes online during the pandemic would continue to do so, making digital forms of communication essential.

She added that the same research showed that food choices had changed significantly due to Covid-19 as consumers continue to seek to boost their immune systems, creating opportunities for health messaging around grapes.