Weeds compete with crops for water, sunlight and nutrients once they emerge from the soil. This competition increases as the weeds and crop grow older until it reaches a turning point where crop production is compromised if weeds are not controlled.

Failure to produce a high yielding crop will then quickly become reality. Effective weed control at an early stage of the crop’s life is one of the few factors producers can control in order to ensure the crop gets an advantage during the beginning of the season and help secure a good crop potential. 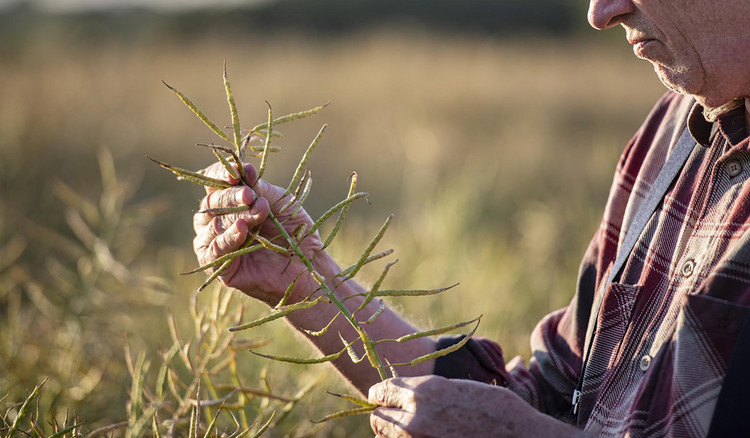 The first step for good weed control in canola is to keep fields free from weeds during the pre-season, especially with early rainfall incidents, to save maximum soil moisture for the upcoming season. This action is typically done as a burndown spray with non-selective products containing paraquat and glyphosate, such as ADAMA’s Makhro Paraquat, Glyphogan 360 SL and Glyphogan Plus.

Once the season kicks off pre-emergent weed control is the backbone of any good weed management programme. This is the most effective way to make sure the crop gets a proper start with little to hopefully zero weed competition during the early part of the crop’s growing season.

Products from ADAMA than can be used for pre-emergence weed control in canola includes: Tylsimex 500 SC, Simanex 500 SC and Atranex 90 WG. All active ingredients in these products form part of the triazine herbicide group. They can only be used on triazine-resistant (TT) canola cultivars.

Tylsimex 500 SC and Simanex 500 SC are taken up by plant roots and must be applied before weeds emerge. Atranex 90 WG is taken up by leaves and plant roots and can be applied before weeds emerge as well as early post-emergence. These products will control annual grasses as well as some broad leaves. Triflurex 480 EC can be used on conventional cultivars for control of grasses and some broad leaves.

Early post-emergent weed control, before weeds have become too big or dominant, is also crucial. Most post-emergence weed control products state the time of application on the label. This is usually indicated by the true leaf stage of the weed, for example the 2 to 6 true leaf stage. It is important to follow these application stages when spraying weeds as this is the most effective timing for achieving the best result.

Products from ADAMA that can be used for post-emergence weed control in canola include Poquer 120 EC and Agil 100 EC. Both these products will control some annual grasses.

One of the biggest challenges canola producers face in the field is getting the spray timing of post-emergent herbicides correct for effective weed control. In dry seasons where rainfall is inconsistent, canola plants and weeds may vary quite a lot in size. This can make it difficult for producers to determine the correct timing for post-emergent herbicide applications.

Lolium spp., for example, are best controlled at the 2 to 5 leaf stage after emerging from the soil. Clethodim (Poquer 120 EC) is widely used as a post-emergence product for control of lolium and must be used when the crop is at the 4 to 6 true leaf stage and not later than the onset of flowering. It is therefore easy to be in a scenario as a producer where the weeds might be ready to spray in certain areas of the field, but the crop is not big enough.

Alternatively, during dry seasons the crop might be closer to the flowering stage than initially thought and clethodim damage can therefore occur unexpectedly if producers are not careful. The challenge is to protect the crop from weed competition and yield loss. In the case of canola it is crucial not to apply Poquer 120 EC after the onset of flowering.

It is no easy task to produce a profitable canola crop as many challenges may arise during the season. Some of these factors, of which climate has to be the most prominent, can’t be controlled by the producer. Controlling the controllable and doing it well forms a critical part of a crop production system. Early, effective weed control is a significant contributing factor when measuring canola production’s success. 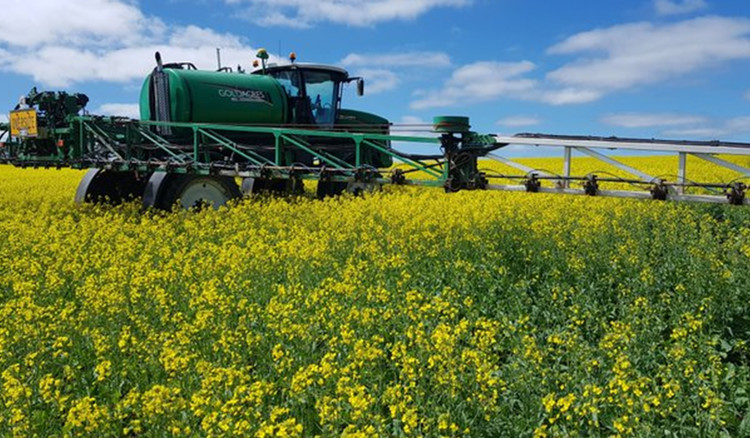 The cultivar chosen is also important. “An effective weed control programme should include crop rotation, mechanical and chemical control methods,” notes the South African Department of Agriculture, Forestry and Fisheries. “If broadleaf weeds pose a problem, triazine resistant cultivars can be planted.”

Read up about ADAMA’s strategy to support sustainable agriculture by producing products that reduce excessive application and minimise potential impacts on health, safety, and the environment.