Time to check your wild oats

With cereal crops rapidly marching towards maturity, now is the ideal time to identify which (if any) species of wild oats might be contaminating your crops.
Spring Blog
6min read

Two species of wild oats are prevalent in the UK: common or spring wild-oat (Avena fatua) and winter wild-oat (Avena sterilis ssp. ludoviciana). Both species are exceptionally competitive, with just one plant per square metre able to reduce winter cereal yields by up to 1%. The ability to differentiate between the two species and take suitable preventative action is therefore crucial to safeguarding crop yields, especially as the two species germinate at difference times of the year and therefore require distinct control tactics.

Unfortunately, distinguishing which species of wild-oat is present within a crop is tricky during early growth stages as the two species are almost identical until their panicles have emerged. However, with most crops now well-advanced, it’s the ideal time to make a definitive identification and to formulate an effective control programme for each affected area. 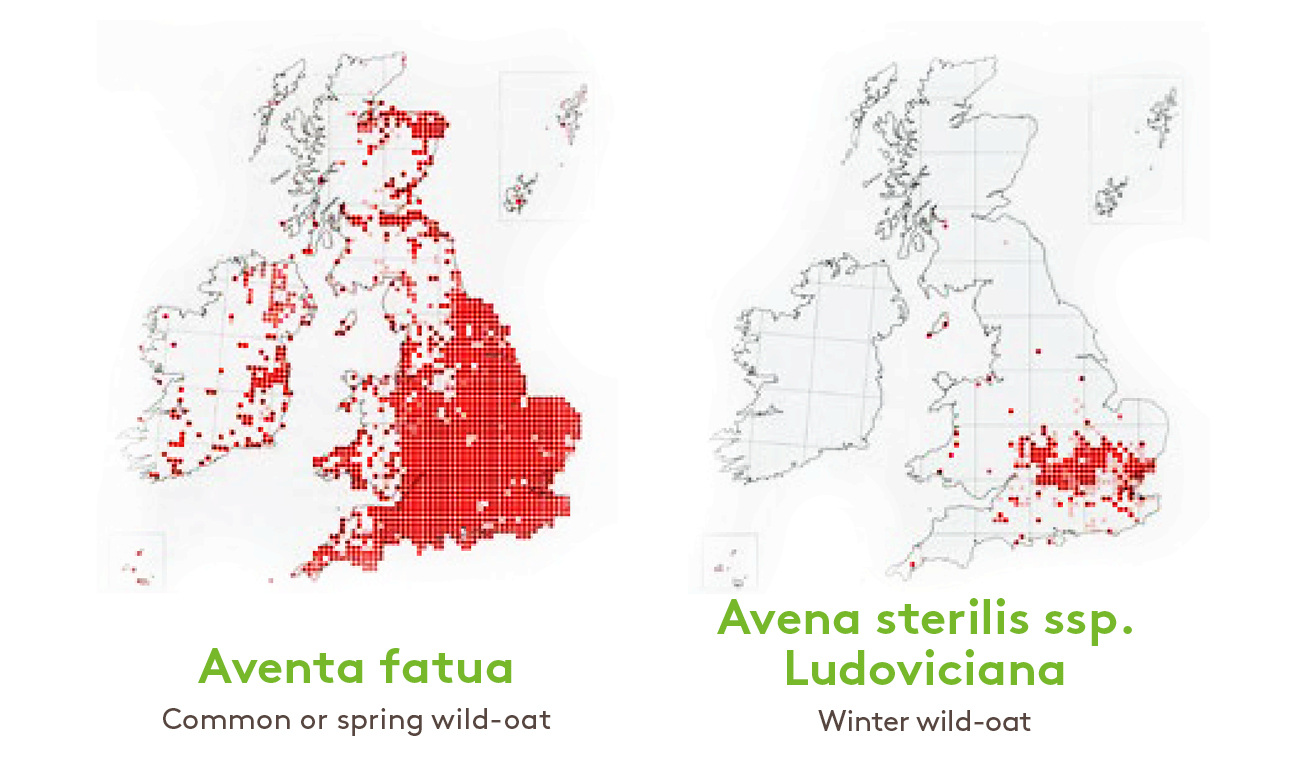 Why does identification of species matter?

Seedling emergence patterns and winter hardiness differ between the two species, so correct identification can help in herbicide decision-making: as a general rule, Avena sterilis ssp. ludoviciana is considered the more challenging species to control thanks to its autumn germinating habit which means plants are bigger and more established than Aventa fatua when spring herbicides are applied.

Identification after panicles have emerged 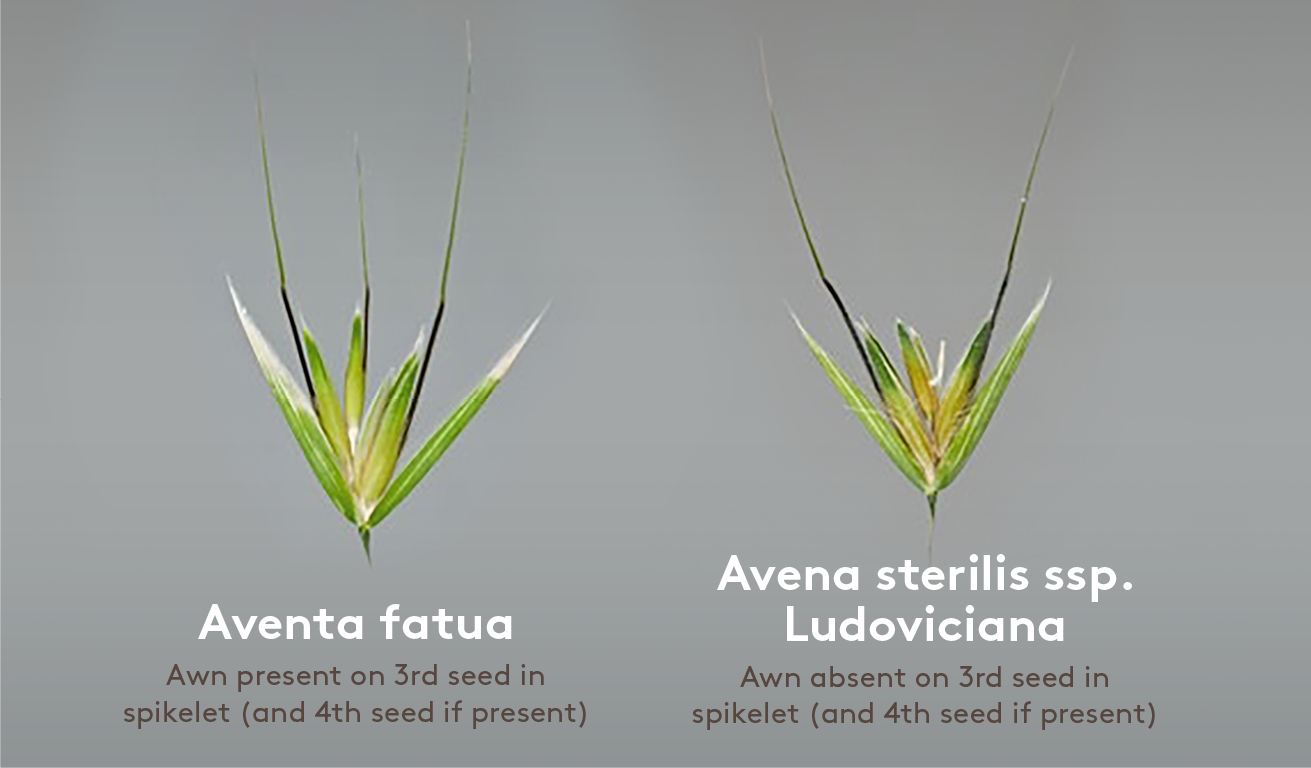 It is possible to distinguish between the two species by inspecting their panicles for the presence or absence of an awn on the third seed in a spikelet: 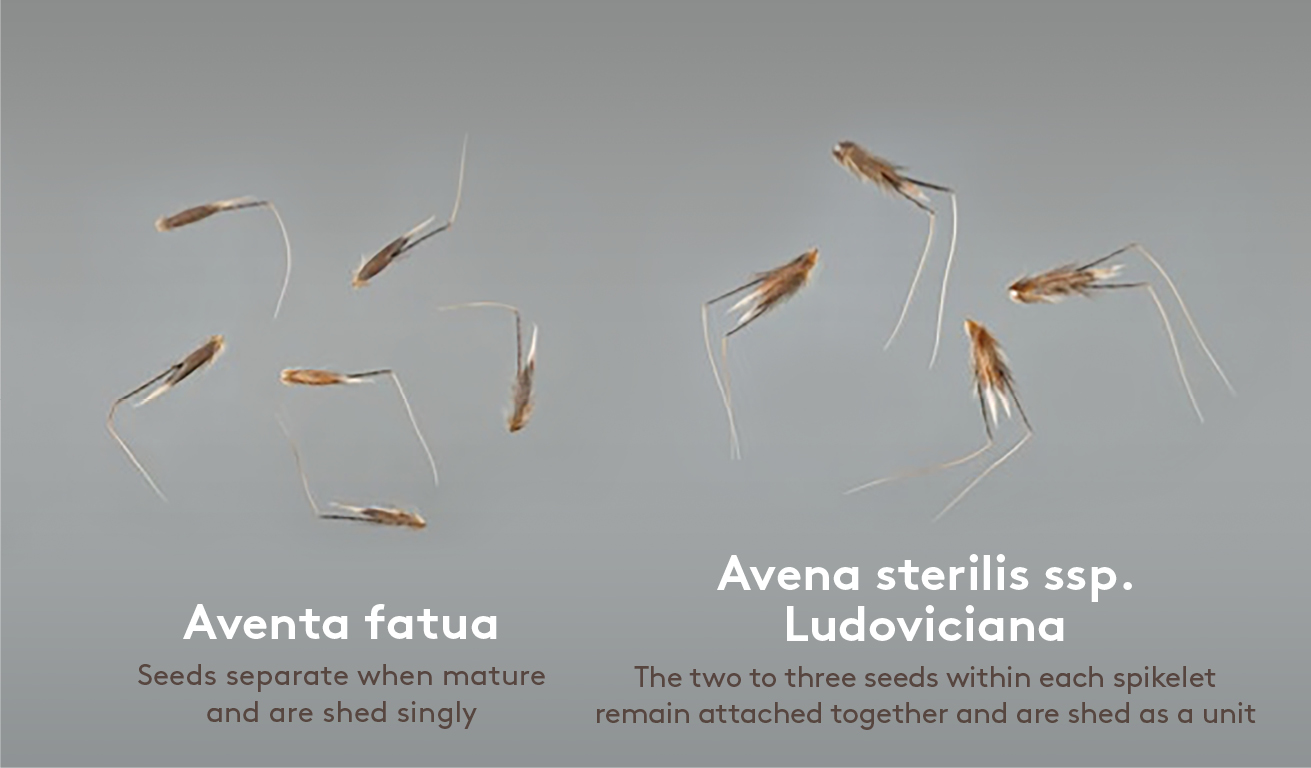 If you don’t manage to positively identify which species is present at the post-panicle emergence timing, it is possible to distinguish between the two species at a later date by determining whether the plant’s seeds remain attached to each other or separate at shedding.

To ensure your wild-oat eradication programme is as effective as possible follow these simple top tips: